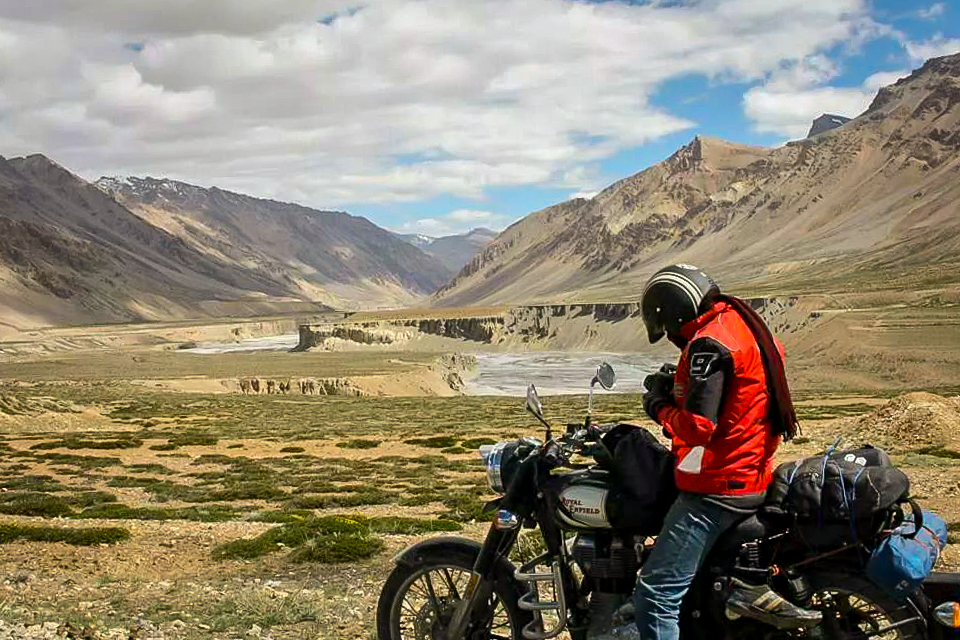 “Sarchu”  is at 14,070 ft. which is the state boundary between Himachal Pradesh and Jammu and Kashmir. This place had its own mysterious aura. With less greenery and more of rustic hues, Sarchu was impressive in a different way. It’s a kind of land form which seldom fulfills the accepted criteria of splendor but at the same time, has its own pastoral charm.

Altitude sickness will hit you in some degrees here, basically, the Manali-Leh road is a gamble – with fairly good odds – that you will get down to Leh before the effects of low oxygen saturation catch up with you. I personally had a severe headache and some of my friends were diagnosed with low oxygen level in their blood. All thanks to the Indian Army for quick first aid support, it was because of them we were all ready to go ahead.

There are several private camps in Sarchu, which start from Rs.2000/ day, Please note that the highway and thus the camp are closed during the winter when snow blocks the high passes along the road.

After Sarchu our next destination was Leh, and believe me this was the ultimate journey I have ever taken.

Chapter 5: Look mom I am at ‪‎mars‬, no sign of ‪‎life‬. Pang to Leh >>

2 thoughts to “Chapter 4: Getting our oxygen tanks ready, Sarchu to Pang”