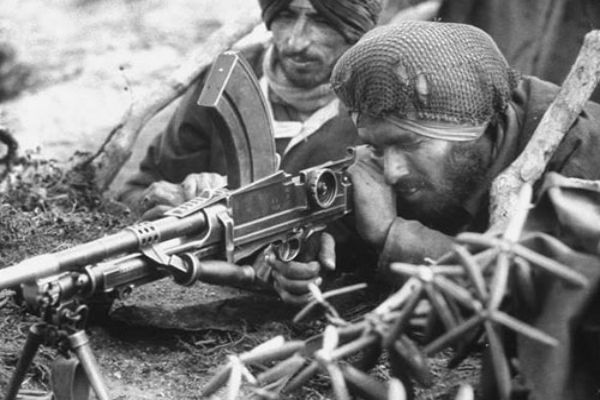 Today 18 Nov is Rezang La day on ……
This is the epic battle of Rezang la. As a fauji child I had heard the story many times. The epic battle of Rezang La. The name had a zing to it. Rezang La. A battle fought at an altitude of 18,000 feet in Ladakh.
120 soldiers of the Indian army against 5,000 soldiers of the Chinese army. The Chinese also had Artillery support. The 120 soldiers of 13th battalion of Kumaon Regt had no artillery support.
Rezang la is the story of unparalleled valour, raw courage and victory buried in the overall humiliation of the crushing defeat at the hands of China in 1962.
The story always brought tears in the eyes but filled the heart with immense pride.
It was icy cold on the peaks around Chushul in Ladakh. Rezang La, Gurung Hill and Spanggur Gap,
The Chinese artillery was advancing. Major Shaitan Singh was the Company Commander of Charlie Company of 13 Kumaon. His company was on Rezang La. He was a Rajput commanding an Ahir Company. Around four in the morning the scouts alerted Maj Shaitan Singh about advancing Chinese troops. They were advancing through the gullies not in ones or twos but in hundreds, heading for the peak.
The Major told his men to remain alert but not open fire until he gave the command. As the Chinese troops advanced, the light machine guns opened fire with menacing accuracy. The first wave retreated. But the Chinese were numerically far superior. Before dawn the second wave advanced. This too was beaten back.
By now at least a 100 Chinese troops lay dead or injured but even before the Indian soldiers could replenish their stocks and reload the machine guns, at three platoon posts
Chinese soldiers kept advancing wave after wave. Major Shaitan Singh and his Ahir boys kept firing even though they were under a constant barrage of artillery. There was no hope and no way of replenishing their ammunition.
Major Shaitan Singh had two options:
Fight to the last man and last bullet, OR Abandon Post.
The soldiers were tired and bleeding. But their morale was high. They chose to fight on. Not a single man abandoned his post. Not a single man fled the battle. But how long could 120 men fight more than 5,000 Chinese troops? But they did, to the last man and last bullet.
one Indian soldier, a wrestler, crushed the heads of two Chinese soldiers with his bare hands, when he ran out of ammunition. Another soldier flung himself on two Chinese soldiers and took them down with him as they climbed towards the peak. All this is a part of the military folklore.
Major Shaitan Singh did not want the Chinese army to take control of his body or mutilate it. He was mortally wounded in combat. He ordered his jawans to hide his body behind boulders. One of his buddies unslung his rifle, used the sling to tie Major Shaitan Singh’s body to his and rolled down the hill. As the brave Major Shaitan Singh breathed his last, his body was hidden behind boulders. Only six of the 120 soldiers survived. Five were taken as prisoners of war. One slipped back to Leh and narrated the story to the army.
As the folklore goes, the Chinese stopped at Rezang La to count their dead and tend to the injured. They lost their will to move forward and retreated. The battlefield was covered in snow.
In 1963 when the snow had melted and a new battalion returned to Rezang La, they found the brave soldiers of 13 Kumaon still in their trenches……Frozen. Finger still on the trigger. 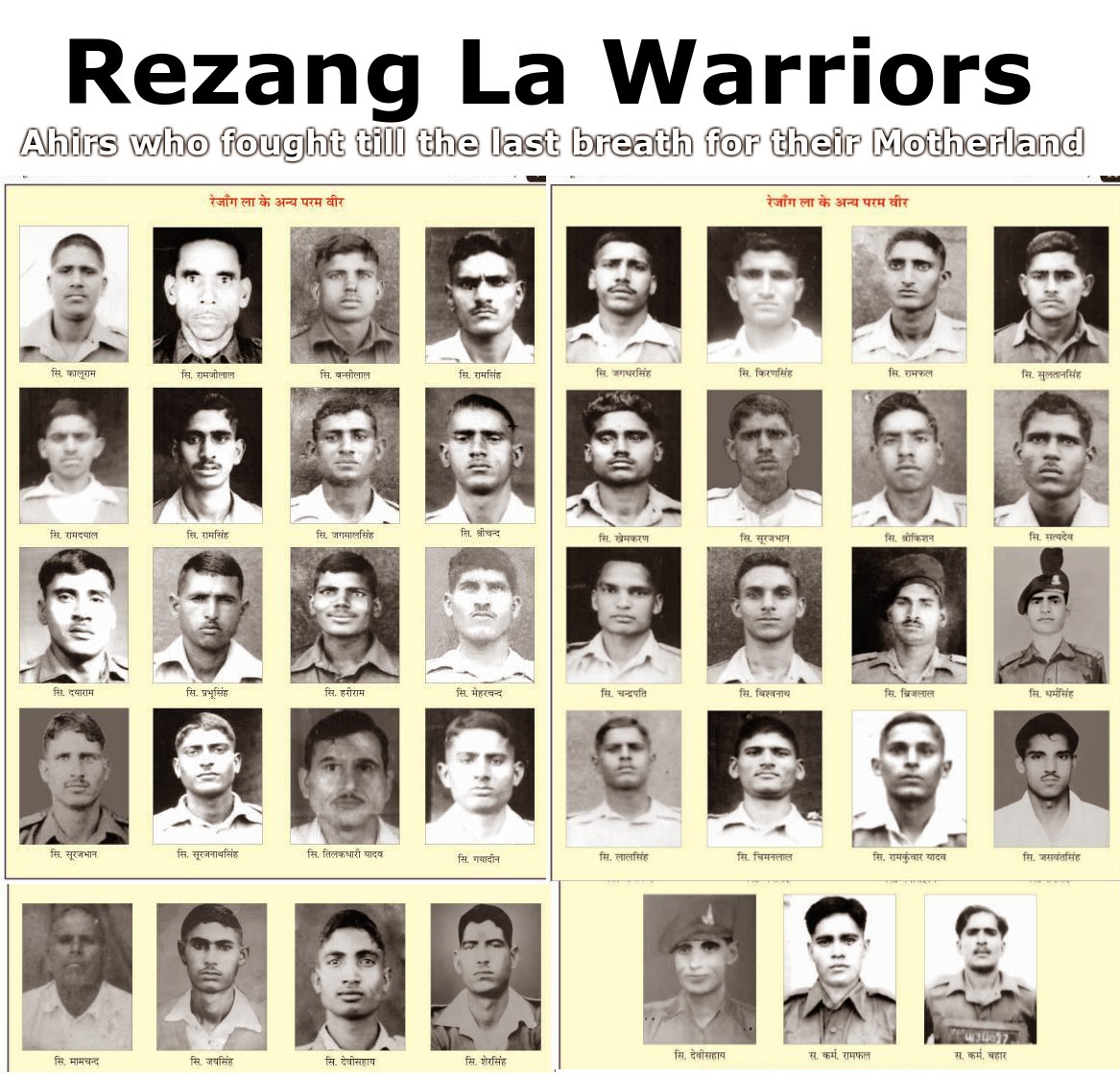 This was bravery beyond
the call of duty, in the line of fire. 114 bodies were cremated with full military honours in 1963 at those icy heights.
Bravery that continues to inspire generations of soldiers.
At the Rezang La memorial are etched eternal lines of Thomas B Macaulay…….
“How can man die better than facing fearful odds, for the ashes of his fathers and the temples of his Gods.”